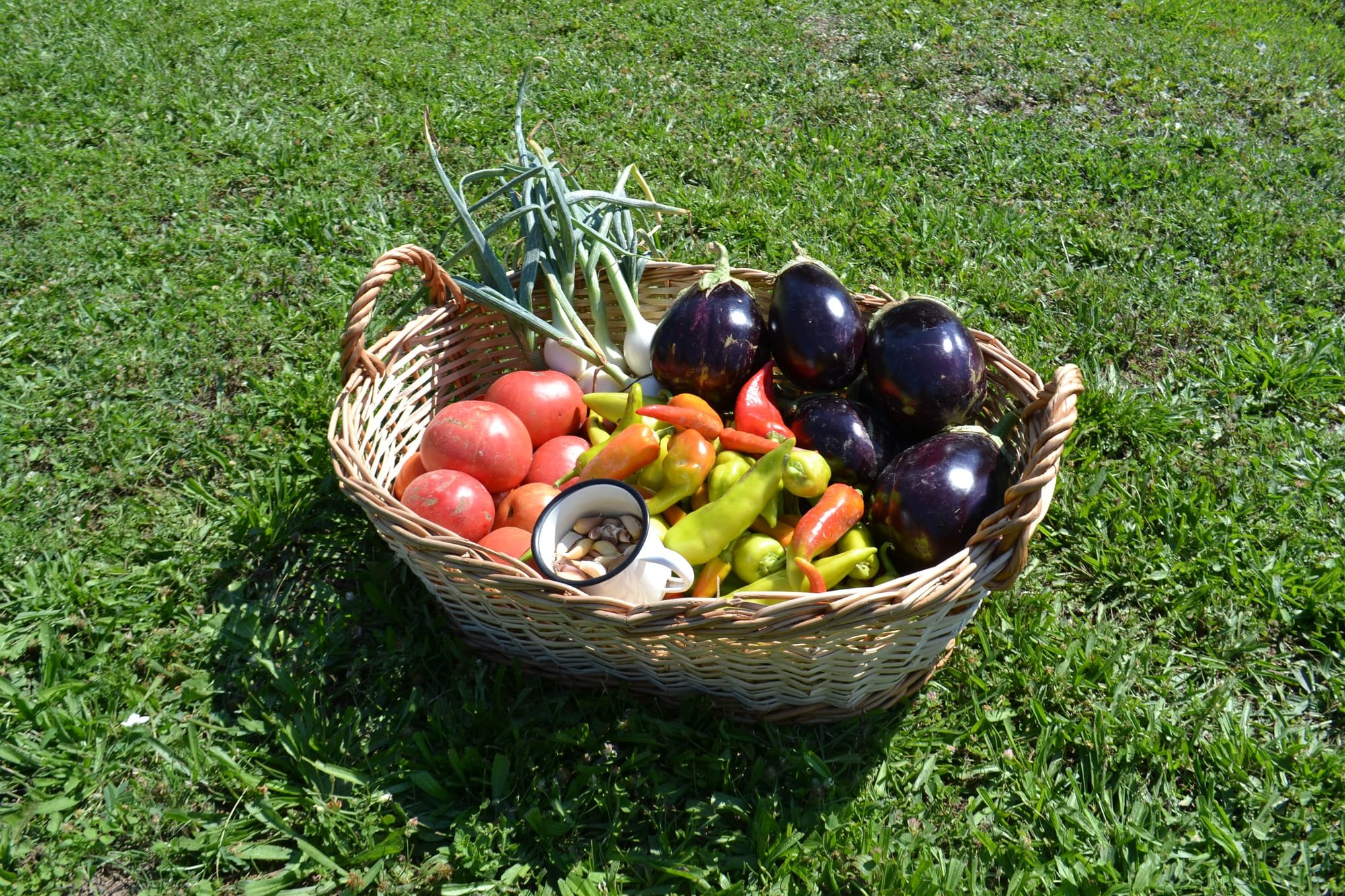 A staple in most Bulgarian households, ( and now ours) Lutenitsa is a traditional red pepper based sauce dish bursting with flavour and all made with ingredients from your garden. A wonderful warming sauce to get you through the cold winter months ( if you can resist eating it all at once! ) and can be modified easily to suit your taste buds. We generally have it spread on toast, in addition to pasta sauces and pizza bases, and as a side dip for lunch.

Peppers ( traditionally red and green, but any colour will do! )

As seen in the pictures below, you start by roasting the veg on an open fire, until the skins become charred. Then you peel off all the skins and cook down the veg with water for about an hour or until everything is soft. If you are looking for a zero waste dish, use the skins in compost, or throw to the chickens/animals. If you are after chunky lutenitsa, chop your veg before cooking down, and if you want it smooth, blend it up before placing into sterilised jars.

Everybody you speak to will have a different recipe but we include these into the cooking process: Salt, Sugar and Grape Vinegar. We have also included hot chilli peppers from the garden in some of our jars. We don't use measurements for ours, just the taste test! 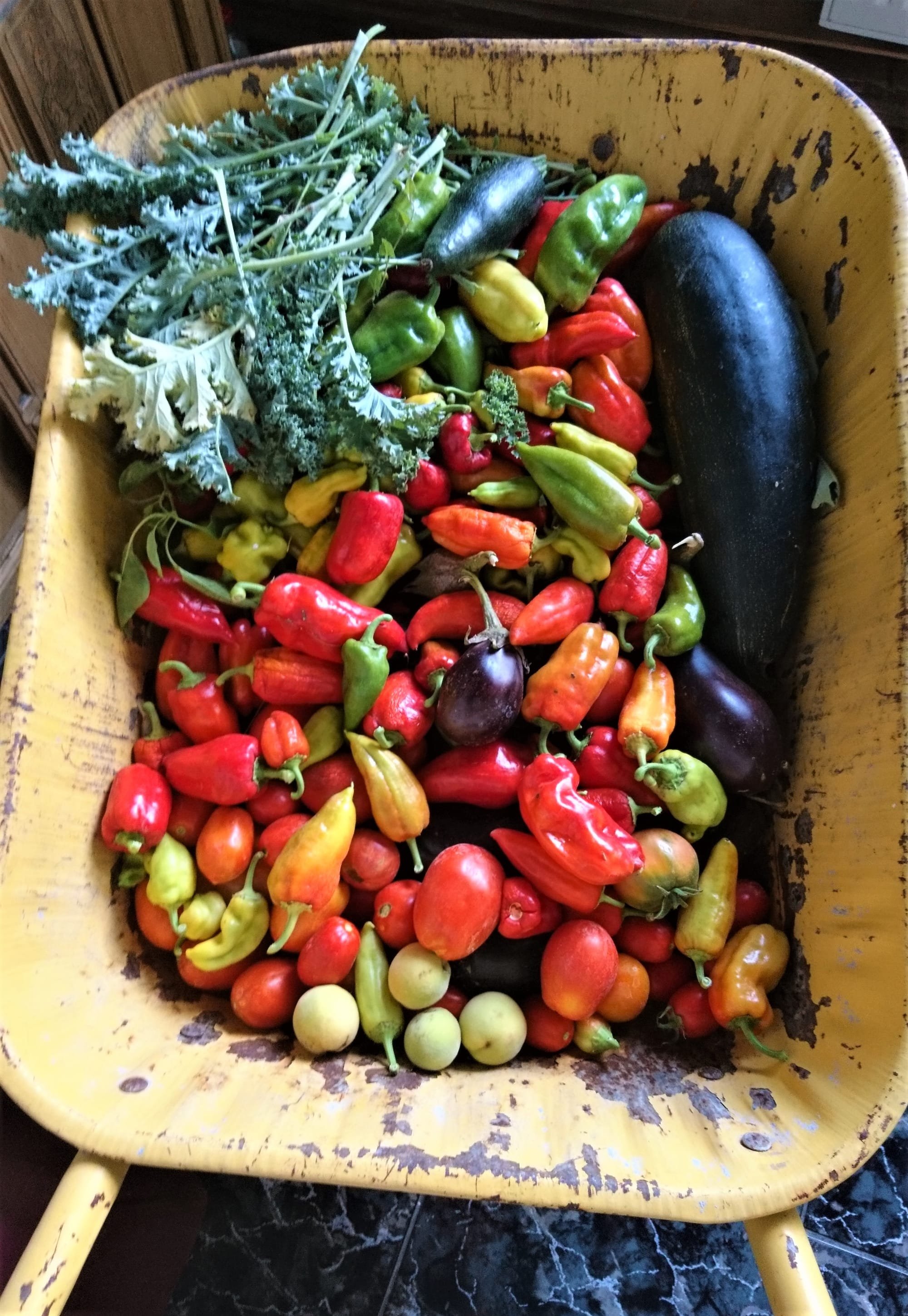 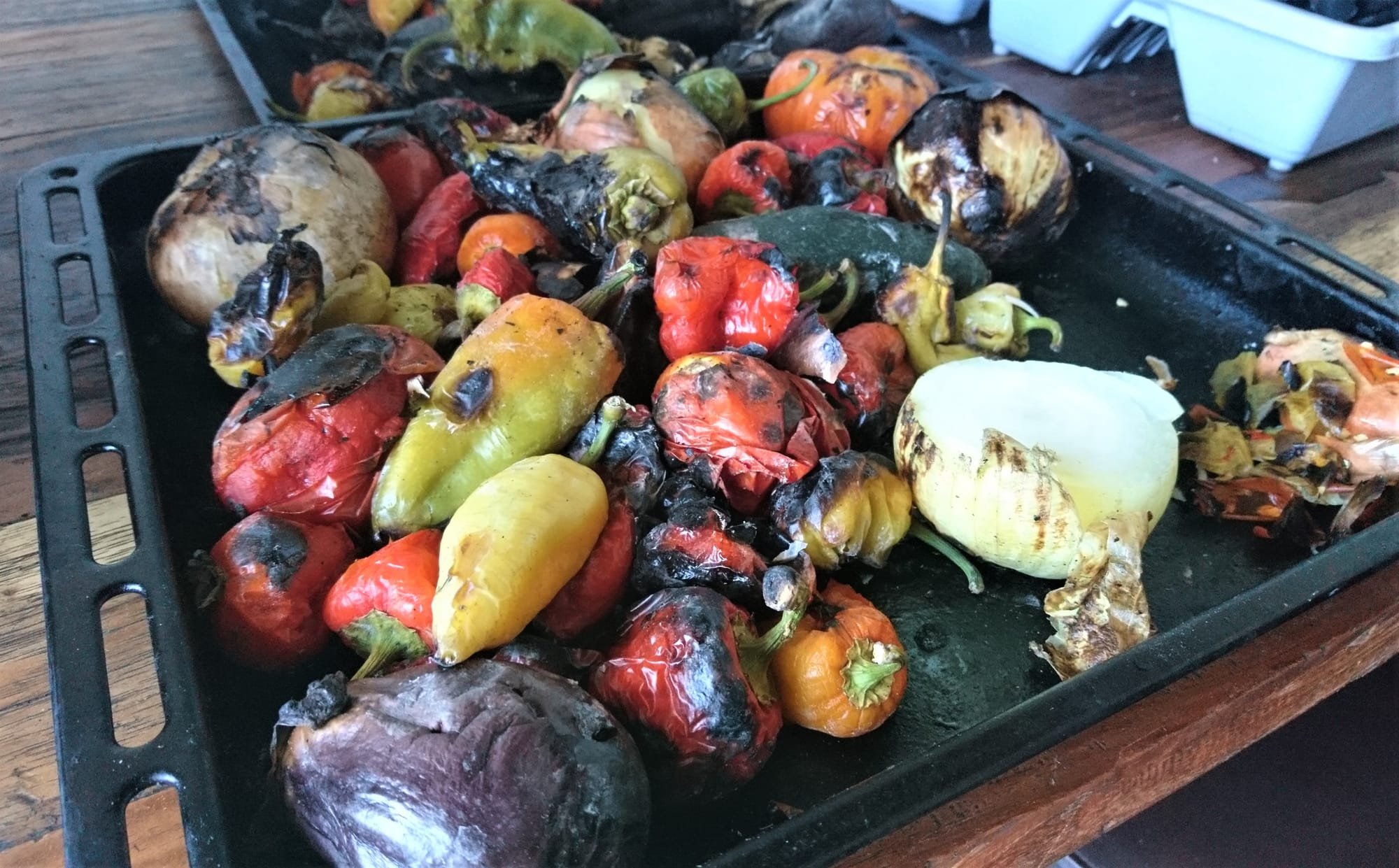 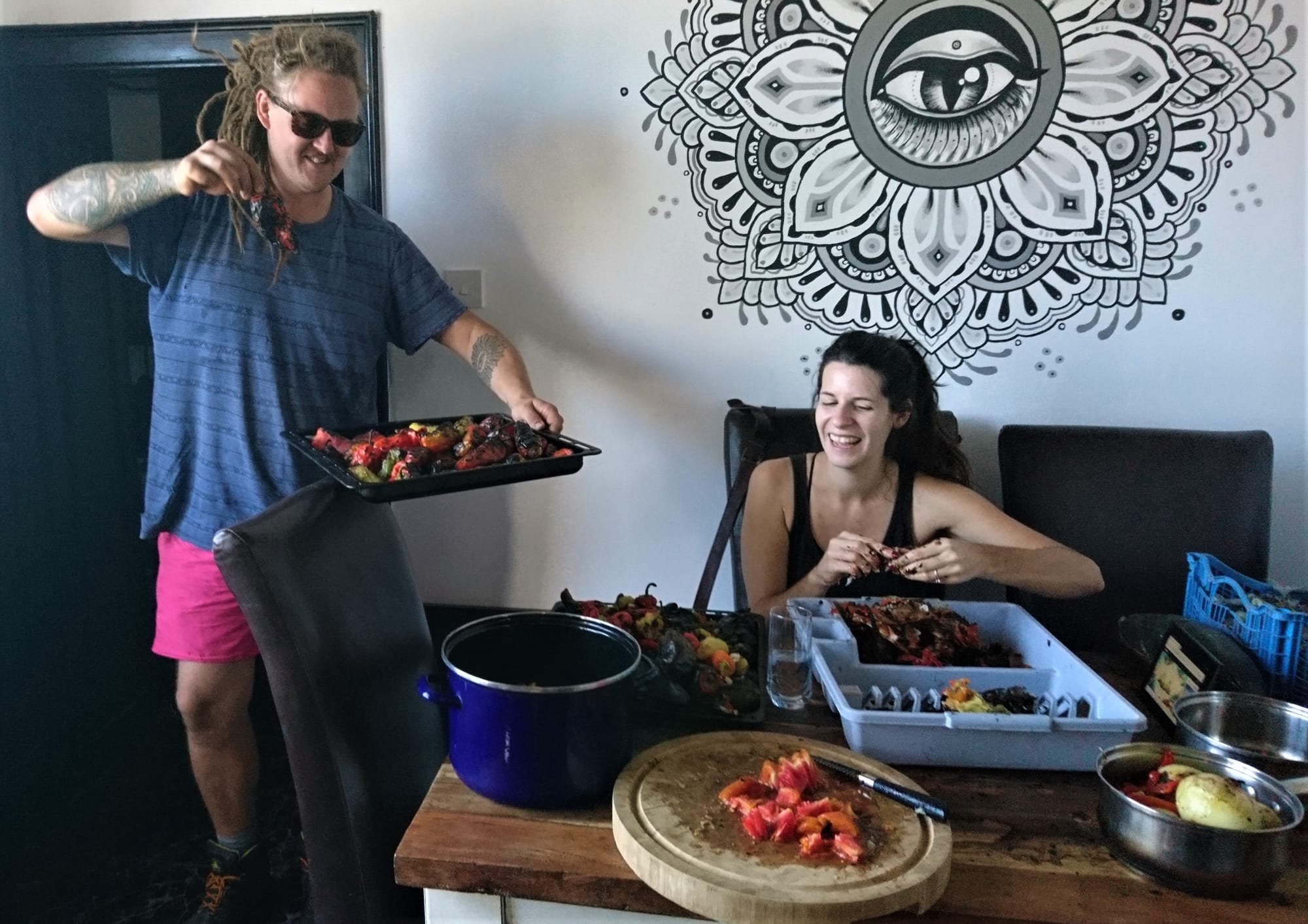 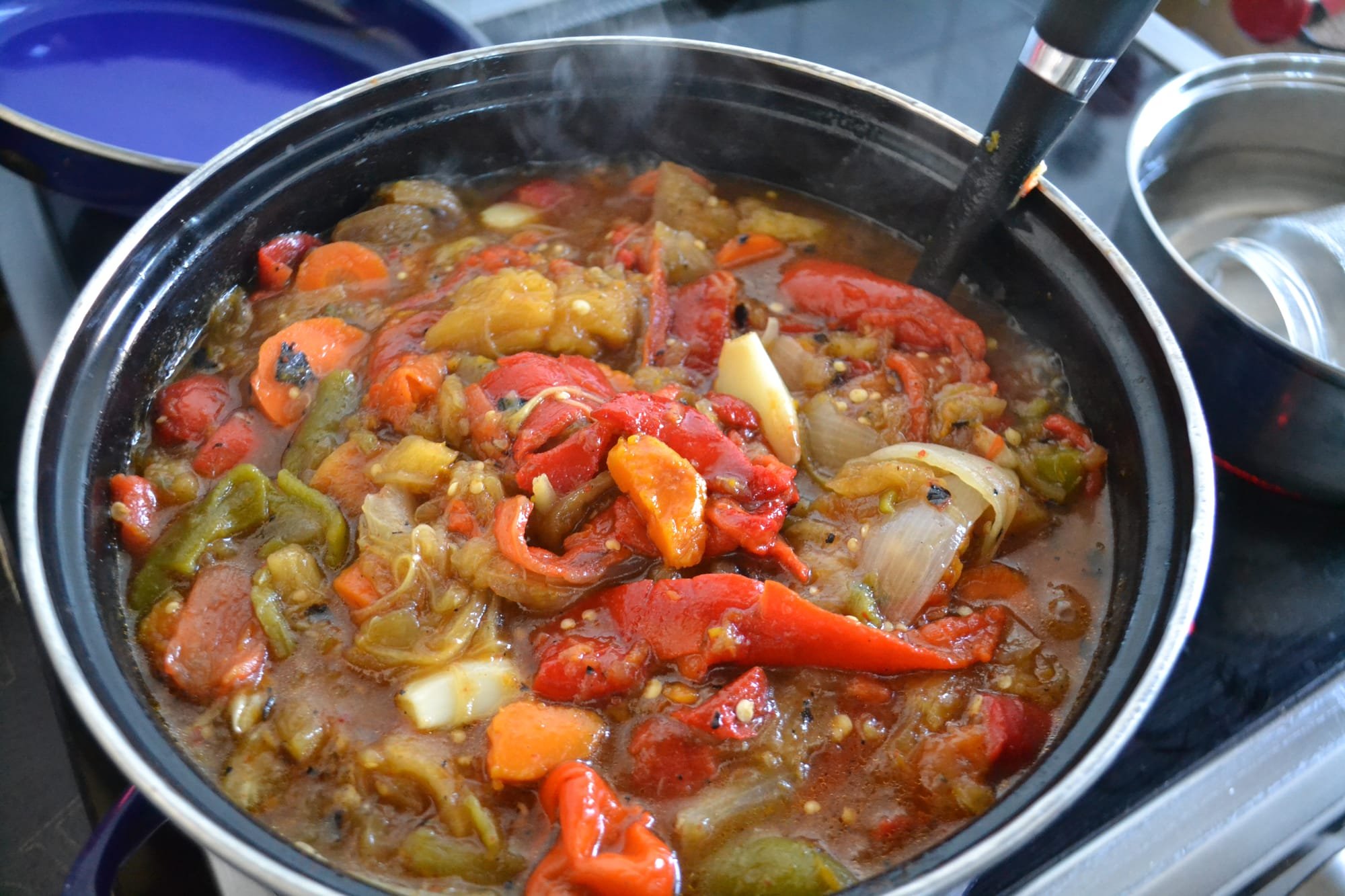 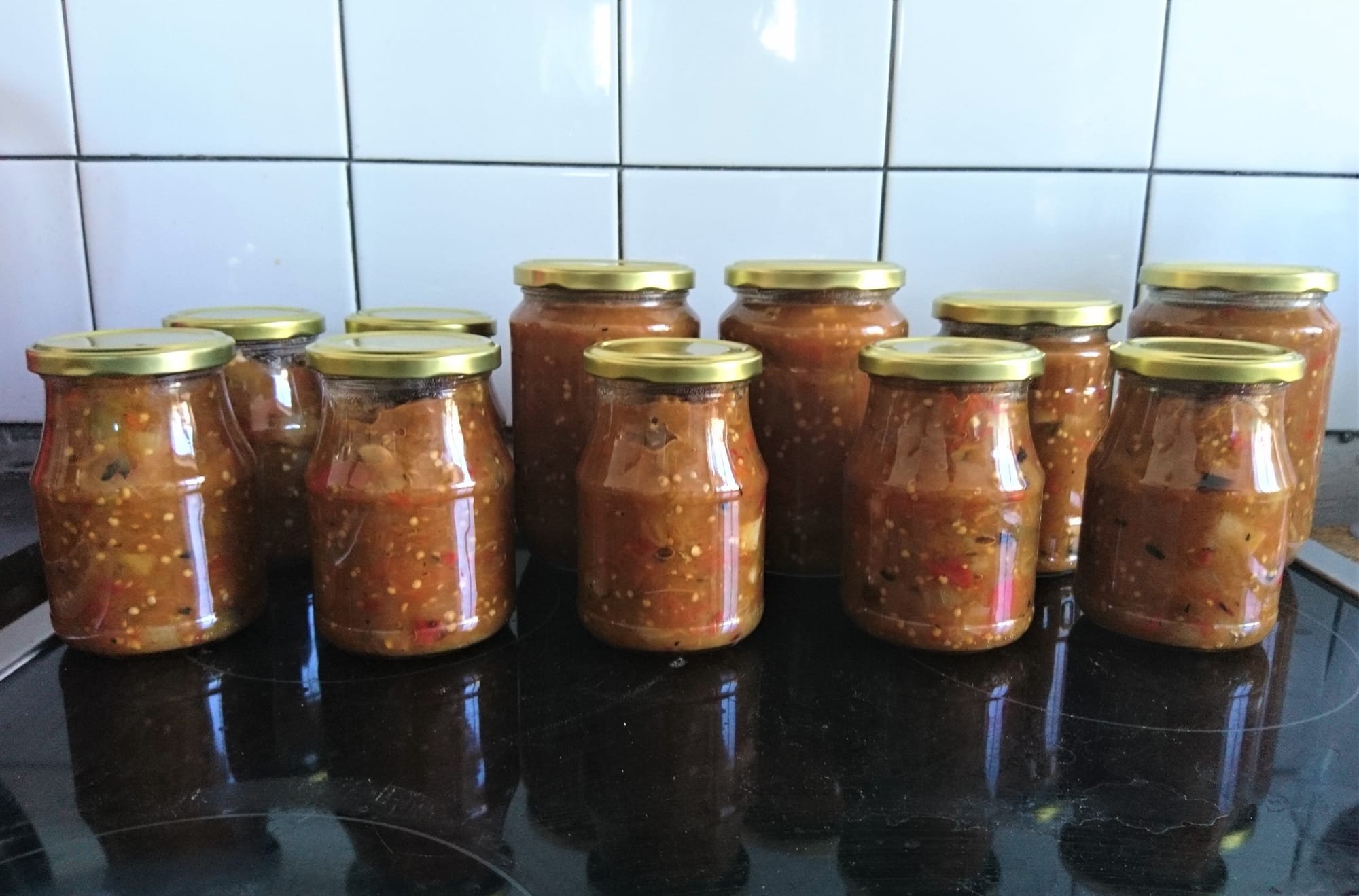